What an impressive week!

From Saturday evening 3 July to Thursday evening 9 July I visited Nanjing in China for the IPMA Project Excellence Awards.  Please click  here for my previous blog about the preparations in Europe. This visit  created an enormously positive view for me on China and the way the Chinese run projects and do business.

In 2007 I visited China for the first time and I was truly impressed with their rich culture and history. Walking the world famous Chinese wall at several locations around Beijing, visiting the Forbidden city and the Summer Palice and standing eye to eye with the Terracotta Army in Xian, enjoying New Year’s Eve in Beijing – including an incredible amount of fireworks, created an impression I will never forget.

This trip was different and just as impressive, specifically regarding the project business area of China. Saturday evening and Sunday was full of Chinese ceremonies and respect. Overwhelming diners, lunches and several interesting sites, including “a goosebumps” visit to the monument hall of the Massacre of Nanjing. The Japanese killed around 300.000 citizens between December 1937 and January 1938. This terrible horror story shows how we should NOT live together on our beautiful planet.

Sunday evening from 21.00 to 1.00 we had our first meeting with the assessor team.

I really liked the diversity of colleagues from Iran, Germany, France, US (with Chinese background) and the Netherlands. The mix of cultures created a very strong and motivated team. We started our work  together every day at 9.00 in the morning on site with the interviews, finishing not before 1.00 at night with our discussions and capturing the feedback received during the interviews.

Day one at the company headquarter.

Day one (visiting the companies headquarter in Nanjing) was rather difficult for both sides. We as assessors thought that the outcome of the interviews was not good and clear enough (too much marketing?). On the other hand, the several project members and sponsors we had already interviewed had the feeling that we were asking questions with another reason (a question behind the question?).

The presentations given were very overwhelming and looked a bit “to good to be true”. (See above). During coffee/tea and lunch breaks I talked to several team members individually. Of course always with help of one of the two great translators, as my Chinese is not that good :-). This already helped me to get a good picture of their roles and responsibilities, but still we all had the same “stomach feeling” that needed to be corrected from day two.

I like to emphasize that I have an enormous respect for the hard work and, in my eyes, very difficult role of the two translators. These two young Chinese students (Joy and Ferra) who study and live in New York are able to translate so impressive quickly. Listening, writing and speaking constantly in two very different languages is for me comparable to finishing this enormous project in time, within budget and with the quality required. Deep, deep respect for these two young ladies!!

Day two at the project site.

The next day we broke the ice bringing the communication issues to the table and asking to speak to separate project- and team members alone. This created a positive change on both sides and the quality of the interviews improved dramatically. First we had a visit throughout the entire hospital (three buildings). Due to the fact that this is an infection diseases hospital, the techniques inside the buildings are rather complex. A key element is to make sure that the infection stays inside the building. They created an under-pressure system including separate air transport systems to clean the air before “giving the air back to nature”. This system is the opposite of a computer room, where there is always an over-pressure to keep the dust out. Furthermore, we saw several rooms ready to be filled with hospital equipment. We had some discussions “when is ready really ready”. This has been clarified during interviews with several stakeholders (key users).

As mentioned above the thoroughly planned interviews went well and we were also able to “smell” the team atmosphere around. I will not talk about the result of our findings as this is still confidential. We as IPMA PE assessors need to send our findings to the jury and they will make the final decision. They take the other projects into consideration before making a final decision.

Like the last two days we had another lovely diner and went back to work for our evening meeting.

Day three at the project site.

During this day we were able to speak not only to several team members, but also to the city government budget holder. He gave the assignment and the budget to make this all happen and to be ready in only two years. We also spoke to the manager of the hospital and local citizens. They all were extremely positive and mentioned the partnership and trust between all the parties involved over and over again. The project team and processes created this positive feeling. Due to the fact that this project team (and the PM company in general) used input from universities, the processes were high quality.

That evening they prepared not only a nice celebration diner with the entire team, because after the diner we went out and they had prepared beautiful fireworks. This was another impressive way to show their warm regards. A strong connection was already build and this all made it even better.

Afterwards another evening meeting and again a very long day, so my eyes looked a bit less energetic than they normally do. 🙂

Day four at a hotel meeting to draw our final conclusion.

During this meeting we could see that we all (the five assessors) were really one team, as in the end, we all had the same mindset on the in-depth IPMA Project Excellence scoring table.

I’d like to conclude that we created a strong team and that friendships were built. I look forward to the final conclusion at the IPMA World Congress in Panama and the next IPMA Project Excellence award in 2016! Also a BIG thank you to the IPMA PE award back office who helped us a lot in the background.

P.s.: On my way back I had “some” challenges to get back to the Netherlands, due to a Typhoon. Delay of 14 hours, visiting 4 different Chinese airports, lost luggage etc. This was all part of an impressive adventure. 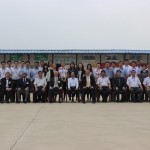 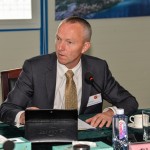 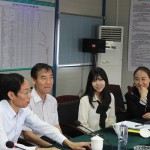 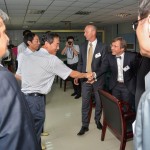 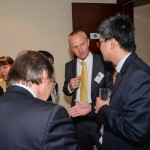 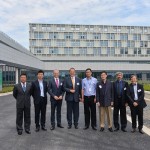 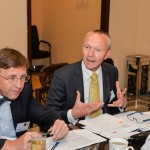 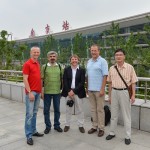 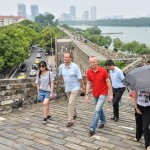 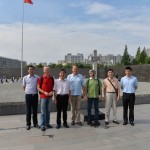 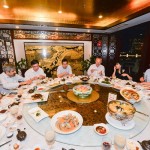 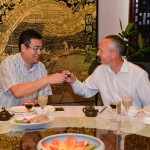 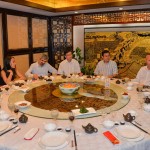