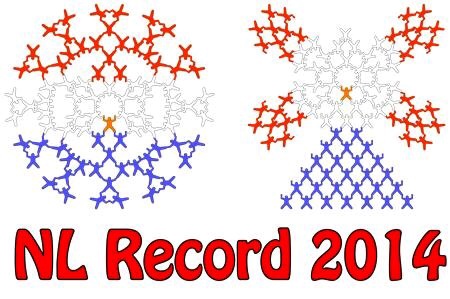 Last Sunday (31 august 2014) I have been skydiving with around 75 other skydivers to prepare ourselves for the upcoming event to break the Dutch National Formation Skydiving Record. We created two groups. One group with 54 skydivers jumping from 3 planes and another group of +/- 20 skydivers jumping from one plane. I was part of the so called 54-way and we all were eager to see our current performance.

This event will take place from Saturday the 20th of September until Tuesday the 23rd of September 2014. Please see all the details (only in Dutch :-)) on the official website

In summary: The plan is to first make a formation called the Stroopwafel, named after the famous Dutch Cookie,  with 84 skydivers. We will jump from 5 different airplanes that will make a “V formation” in the air to be able to fly as closely to each other as possible. Next to that we will jump from 18.000ft (around 6km). At this high altitude we have to use additional oxygen to allow us to stay “awake” for this challenging record.  If we are able to make the formation above we’ll move ahead (additional skydives) to create another formation, the Dutch Windmill.

Below you can see the formations to be created:

As you can read in other pages of my website I am also part of the current National Record. This was a 72-way formation we made above the beautiful island of Texel (the northern part of the Netherlands).  Next to that I have been part of the so called World Team who succeeded to make the World Record above Ubon in Thailand in December 1999. After several trials to make a 300way formation, we made a 282-way. In the years thereafter I have been part of international groups to create several 100ways (or larger) and this is what I really enjoy the most in our energetic sport.

Please see here a link to a short movie  which I made from our three jumps we made yesterday. Due to bad weather we were only able to skydive yesterday. Also see some pictures including the nearly finished formation of our 3rd skydive. I am sure that if we had more skydives left, including a few changes in the formation, we would have been able to build the 54-way yesterday. 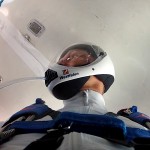 Oxygen in the plane 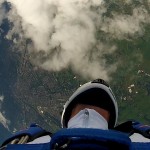 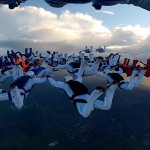 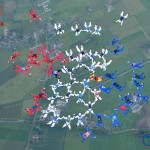 I look forward to the end of September to hopefully create a new Dutch Formation Skydiving Record with many of my Dutch skydiving friends above in the Dutch skies. Of course I will update this blog during or right after the event.