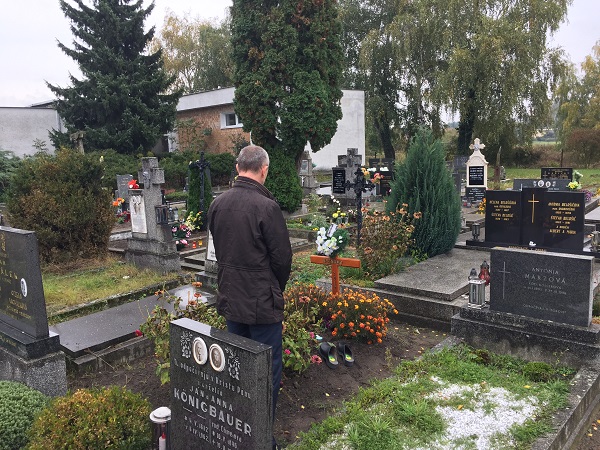 October 18th, 2016. I am in a plane flying back from Vienna to Amsterdam. The last days were very intense for me, specifically today.

This all started on 13 May 2016. Well-known Dutch skydiver and tandem master John Verduin from my home drop zone Skydive Teuge disappeared suddenly when he did not show up for work at the skydive centre. The Teuge skydive community was completely surprised and immediately worried as this had never happened before.

Soon initiatives to search him started, via Facebook and several other media, up to national TV and newspapers. Nobody knew what had happened. Thoughts varied from ‘lying on a tropical beach’ to ‘a serious criminal act’. In the days and weeks that followed, the police started an investigation to find out what might had happened. The only thing they found out was that he left his house by bike without his cell phone or any personal documents. The ‘why, what, where and how’ questions were not answered and for months the mystery became bigger and bigger.

Until October 28th: big and sad news. The Police (through Interpol) found a so-called ‘DNA match’, between an unknown person who died in Plavecky Stvrtok, Slovakia and John. It appeared that this person was found already on the 20th  of May, but without any documents it was impossible to prove his identity. The local government requested to bury his body at a local graveyard. As nobody knew who he was, a red, simple cross with the text “Neznamy” (unknown) was put on the grave. Also, several flowers were planted on top.

Being happy that at least we knew what happened to John, discussion started within our skydive community to organize a memorial at Teuge for many skydive friends including his sister (the only family left). Next to that, the general feeling grew on Facebook about the sad fact that John would rest all alone so far away, at an unknown graveyard.

Last week, on Saturday, I contacted the manager of the skydive centre with my idea to visit his graveyard to see how his final resting place looked like. Next to that, it would enable me to bring some personal items to the grave and make some photos/videos to be used during the memorial. For my work, I had to visit a customer in Bratislava and I was sure that I could create some spare time for this important journey.

His reaction was very positive and shortly thereafter also his sister responded positively. She included the few details of the location. I was also informed that the organisation committee was working on a video and my footage would be highly appreciated.  In close contact with Jan, who was working on the full movie, we agreed on the required footage.

Now it was up to me to make this happen…

One of my key values and purposes in life is to help other people wherever I can. Although I knew John for over 20 years, we had no close connection. The story, however, impacted me deeply and my thoughts were (and are) around topics like: what was John thinking in his last days / weeks / months of his life? What is the meaning of life? Could we have done more to understand and help John? How am I able to create a positive impact for others?

In the last 4 days and nights I was restless and couldn’t stop thinking about my journey. This morning I woke up with a terrible headache, way before my alarm clock was set at 4.15 a.m. I first had to take an early flight to Vienna and after that a taxi to Bratislava for my business meetings. They all went very well and as my flight back was scheduled at 8 p.m., I knew I had enough time for this important mission. As the village was close to Bratislava I reached the graveyard in less than 30 minutes. I walked and searched all across hundreds of memorials and after 30 minutes I finally saw his grave number in between two other well-organized graves.

It was a very strange feeling to see a grave with several planted flowers and a cross with only the year (2016) and the text ‘Neznamy’ (unknown). Here he was, so far away from home. Again, questions like: what were his thoughts during his last days? For about 45 minutes I made several photos and videos. It was raining and cold (Autumn started), which created an even more sad atmosphere. During this moment, back in the taxi towards Vienna and in the plane back home, I felt both sad and proud. With the organisers of the ceremony, we decided to keep my visit a secret until Saturday evening.

The days before the ceremony my videos and photos were embedded in an intense movie by Jan Pleiter about John’s life as a skydiver and the final footage from me.

At the ceremony, we were together with around 200 skydive friends and family. We listened to some speeches and music and finally watched the movie. Even though I had seen the movie several times before, I was moved again. I saw a lot of people with the same feeling and everybody was taken by surprise by the shots of his grave.

Afterwards I received many warm compliments. I am so happy that through my action I helped his close family and friends. Of course, we will never know exactly what happened in John‘s mind, but many pieces of the puzzle have been put together.

I am very proud of my contribution to this unusual story! 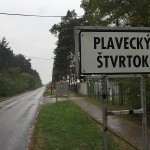 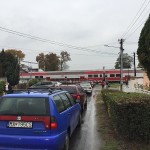 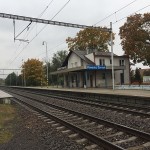 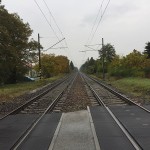 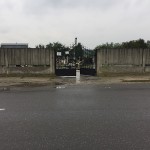 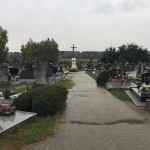 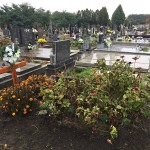 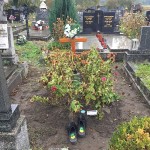 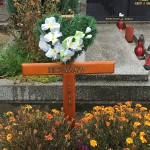 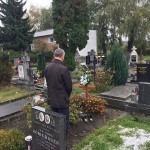 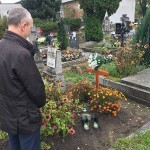 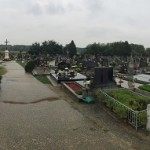 One thought on “From unknown to known”