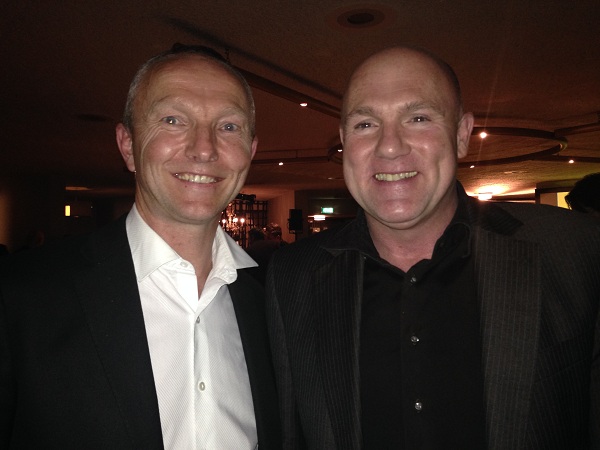 The Topsport Community is a community of Top athletes, Executives from multinationals and scientists. The goal of this community is to learn from each other, to strengthen leadership and to create an inspirational network of excellence.

The theme of the evening was inspiration:  who is/was the personal coach in your live and how do you use what you have learned from him/her in your own leadership style. Many personal stories have been shared in the group. A personal coach can be an inspirational person but also a story / phrase that has triggered you to execute extraordinary activities. At the age of 12 Andre Kuipers dreamed of reaching his goal to travel trough space. Books from Carl Segan about the cosmos have created his vision.

My personal story: As I stammered when I was young, I envisaged myself speaking freely for large groups.  In 2012 I was a keynote speaker in Boston at an international social business congress for over 1700 people.

We all enjoyed a fantastic evening. Key messages were:

I would sincerely like to thank Pieter van der Hoogenband for starting this community. Please see the Topsport community website (in Dutch)  here.  Next to Pieter I would also like to thank e-Office, as they allowed me to be part of this network with a very inspirational group of people.

P.s. a personal story from me has been published in the Topsport annual book of 2013. I will have this story translated in English and share it later this month.